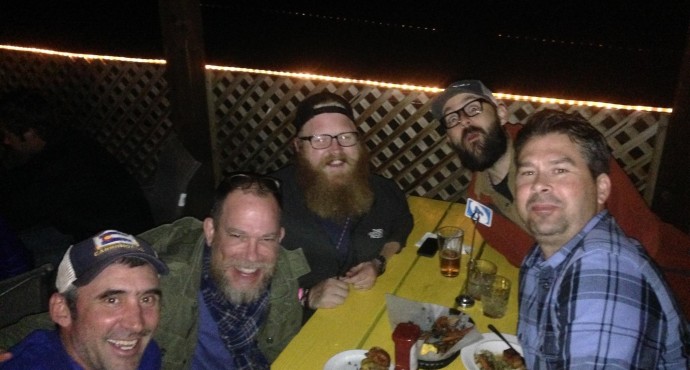 Had the pleasure of running in to the Kitchen Sink Studios guys at the 5 Points Film Festival in Carbondale on Friday night. Their film ‘Vermillion‘ was one of the featured films. It’s an outstanding piece of work about the friendship and memories that seeking trout creates, set on the Colorado River below Glen Canyon Dam.

Ironically, the first Guest Speaker of the evening was Katie Lee, an incredible woman who made many trips through Glen Canyon before the dam, and is one of the pre-eminent activists in the anti-dam crusade. She got the crowd pretty fired up about the evils of the dam. The Kitchen Sink crew had to follow that up, and joked about sneaking out of there before their appearance to avoid the ire of the crowd. But they did a great job of presenting their perspective, of living a life where the dam has always existed, and how special the lower canyon is, despite all of that. Their on-stage interview was one of the highlights of the night.

They’ve been YD Members for years, and it was great to meet them, and share a brew and some fishing talk at a local pub after the event. And they’ve got some serious film and design skeelz. Thanks, Doug. Hope you guys found some fish on the Pan on Saturday.